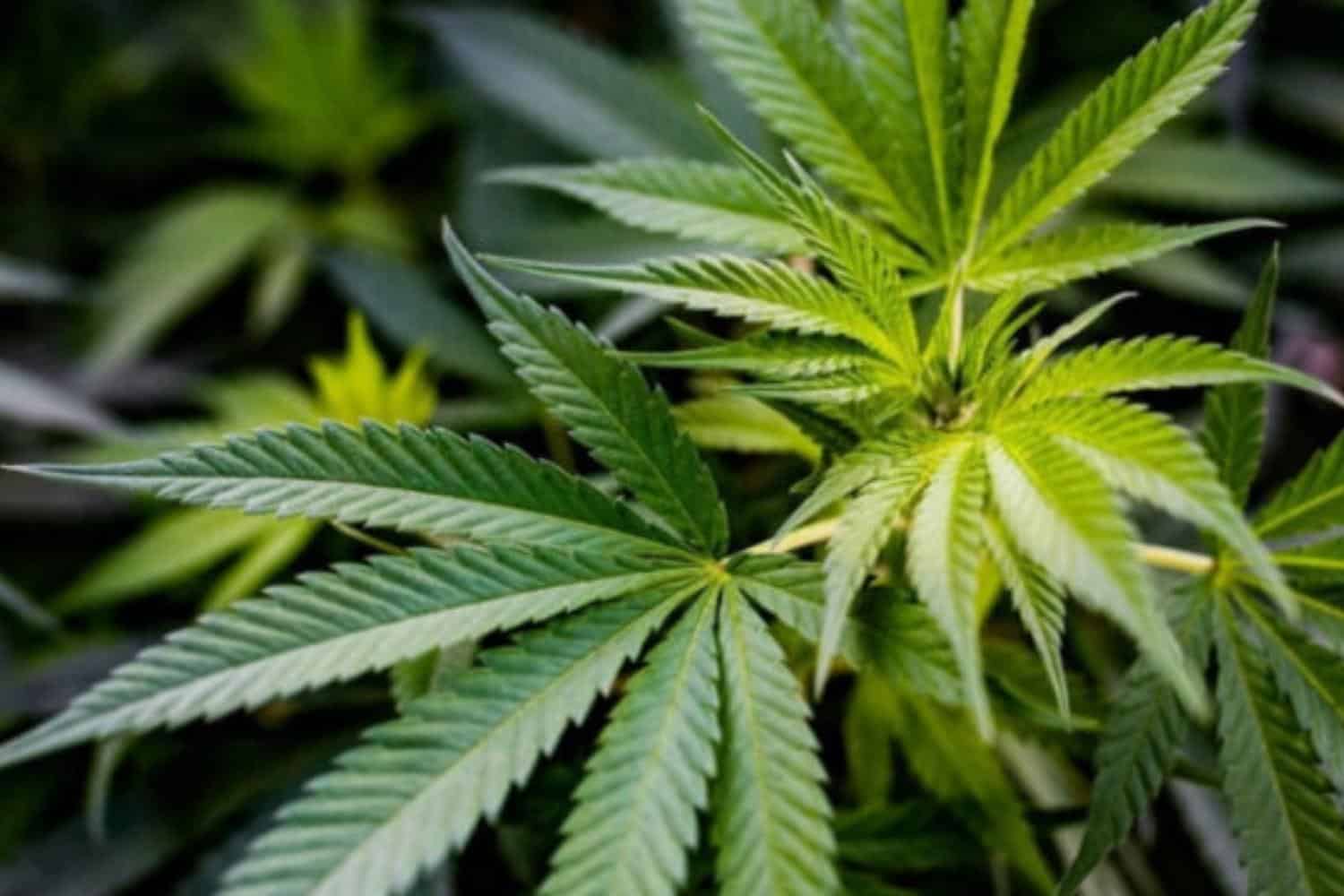 Cannabis in Australia – It was late 2020 when David decided to talk to his GP about getting a prescription for medicinal cannabis.

He’d been diagnosed with fibromyalgia — a condition characterised by widespread pain and tenderness in the body — and had been mostly self-medicating with cannabis he’d bought illegally.

“Fibromyalgia is quite debilitating,” he said.

“It causes random pain spots in the body … my shins will be numb and then just feel like they’re on fire at the same time.”

The condition, which can be difficult to diagnose, is often accompanied by fatigue and altered sleep, memory and mood.

David — not his real name — says he was feeling constantly fatigued, struggling to manage his illness alongside work and taking care of his disabled partner.

“By about two o’clock in the afternoon, I just wanted to fall asleep,” he said.

After getting the green light from his GP, David began using cannabis oils and herbal products.

He found they helped to “mask the symptoms” of fibromyalgia and improve his sleep.

“Eventually my body adjusted and I was able to just have very small amounts [of cannabis],” he said.

“It allows me to work and go about my day, go for a walk, or do whatever I need to do.”

David is one of tens of thousands of Australians who access cannabis legally.

Data from the Therapeutic Goods Administration (TGA) shows prescriptions for medicinal cannabis doubled from 2020 to 2021, with more than 122,000 prescriptions written last year alone.

It’s a significant jump from just a few years ago. In 2018, roughly 2,500 prescriptions were written for the entire year.

Melbourne GP Vicki Kotsirilos — the first authorised GP prescriber of medicinal cannabis in Australia — said prescriptions had likely increased because the TGA application process had been “streamlined” and patient demand had grown.

“It was exceptionally hard in the beginning. I was not able to get very many permits,” said Dr Kotsirilos, an associate professor at Western Sydney University.

“Since the end of 2018, the TGA introduced an online permit system, and extended the duration [of permits] from three to six months to one year, and now even up to two years.

“In the past, we also had to get a permit for every single product … now, it’s generically prescribed.”

In other words, a GP can prescribe a product if it’s based on an approved category of cannabinoid content (eg. CBD-only treatment) for that patient, rather than having to get approval for each new product.

In Australia, there are only two cannabis-based prescription medicines on the Australian Register of Therapeutic Goods.

One is prescribed to treat rare, drug-resistant forms of epilepsy that begin in childhood, the other as a muscle relaxant for people with multiple sclerosis.

The vast majority of cannabis products are unregistered drugs, which require approval under the TGA’s Special Access Scheme (or via its Authorised Prescriber Scheme).

These products, of which there are more than 250, contain CBD or THC (or both), and come in the form of oils, capsules or dried flowers to be vaporised.

Data shows most prescriptions for cannabis in Australia are for chronic pain, anxiety, cancer-related symptoms, and insomnia.

Jennifer Martin, physician and director of the Australian Centre for Cannabinoid Clinical and Research Excellence, said she wasn’t surprised that medicinal cannabis prescriptions had increased substantially.

“The numbers have gone up exponentially, and looking at other countries, it was expected that would happen here too.”

Professor Martin said the fact most prescriptions were being written for chronic pain and anxiety reflected large “unmet health needs” in the community.

“When we see people like this in our clinical practice, they’re sometimes on seven to 10 medications and their symptoms don’t go away,” she said.

“They’re sometimes just waiting for the next new chemical to arrive.”

The problem, she said, was that in many cases, chronic pain and anxiety-related conditions were not “satiated by biochemicals” alone, and usually required psychological therapy and environmental changes to help address “underlying issues”.

“It may just be that [medicinal cannabis] is getting them through their current situation,” she said.

“It’s not a problem in the sense that people often use chemicals in the short term to cope with things.

“But I think it’s quite a big risk if people turn to unregistered products for symptom relief … and we still haven’t got to the bottom of why they have so much discomfort or anxiety.”

“The reality is, it costs a lot of money, and they have to wait six months for a [psychology] appointment. It’s the same with pain clinics.”

Cannabis in Australia: prescribed when other treatments fail

Medicinal cannabis is not considered a first-line therapy for any condition, and Dr Kotsirilos said it was critical to first explore lifestyle and behavioural changes that could alleviate symptoms of pain or anxiety.

“To address anxiety, exercise plays a really important role, as well as improving sleep and nutrition, doing things like meditation, and of course [getting] a referral to a psychologist,” she said.

“For chronic pain, it’s the same advice — lifestyle and behavioural management … can make a difference to patients’ pain levels.”

She said if pharmacological treatment was required, it was important to first try registered medicines such as analgesics or anti-anxiety drugs (which have been assessed for safety, quality and consistency) before considering medicinal cannabis.

“A lot of times, patients may have already tried anti-anxiety or other medication and found it limiting — they might have had side effects, weight gain, loss of appetite, or they were ineffective, and they are not interested in pursuing that,” Dr Kotsirilos said.

“If they’ve explored everything, including lifestyle changes and seeing a psychologist … medicinal cannabis might be my last resort treatment.”

She said she took a similar approach for patients with chronic pain, and if medicinal cannabis was suitable, always followed a method of “start low and go slow”.

“It’s more symptomatic control, so not all of them will attain 100 per cent relief. It might be 50 per cent,” she said.

“But what it can potentially do is bring some quality of life.

“If they have less pain, they may sleep better and therefore wake up feeling better, and they are quite happy to accept that.”

While the amount of scientific literature on medicinal cannabis has increased in recent years, the evidence for its use remains limited overall.

“There is evidence for some types of chronic pain, such as neuropathic pain … which people can get with diabetes and sometimes after chemotherapy,” Professor Martin said.

She added there was also some evidence for its use in people with “existential” distress or pain, which has been described as suffering with no clear connection to physical pain.

But Professor Martin said the data so far suggested that in most cases, medicinal cannabis was “no better” than existing pharmacological treatments.

“The data shows that [medicinal cannabis products] might be better for some people than placebo — so doing nothing — but they don’t really show any benefit over our existing drugs,” she said.

Dr Kotsirilos agreed that there was a lack of high-quality evidence for the use of cannabis products, but noted that “there is a growing body of research trying to backfill that absence of evidence”.

“I’ve had some really good success with patients who have got fibromyalgia, anxiety, difficulty sleeping and other behavioural problems,” she said.

“Even though the evidence is not strong, there is some evidence … when it’s a last resort and the patient has failed to obtain relief from the usual medication, or they’ve had side effects.”

The role of GPs

Because of the limited evidence base, many GPs remain cautious when it comes to prescribing medicinal cannabis.

“I can understand GPs’ hesitation, especially because of the issues that we’ve had regarding opioid prescribing,” Dr Kotsirilos said.

“Their concerns are justified and [medicinal cannabis] does need to be used cautiously.”

Dr Kotsirilos said she’d like to see more research and “better education” for GPs on the evidence for medicinal cannabis and the potential benefits and risks associated with treatment.

“What are the safety issues? What are the risks? And what alternative treatments are there to help patients even before medicinal cannabis?”

But Professor Martin, who teaches pharmacology to GPs-in-training, said that current medical training was adequate.

“They cover all the major classes of drugs — cannabinoids are just one of many.”