Meet the ECS
Team & Advisory Board Nan-Maree (Nan) has held Australian business leader positions of large organisations such as GE; ThermoFisher and Ventia. A common thread through all her tenures was her ability to deliver extraordinary bottom and top line growth across different geographies and industries. Nan’s passion for delivering customer value and her determination to deliver outcomes resulted in enviable customer retention rates whilst regularly securing large annuity contracts, some valued at over $200m.

Nan founded Murray Meds prior to be acquired by ECS in March 2021. On acquisition Murray Meds was one of the largest and most advanced EU GMP compliant medicinal cannabis companies in Australia. Alex has a diverse background with 14 years’ experience working in financial markets as an investor, adviser and fund manager.  Alex has acted as a corporate adviser to several companies regarding strategy development/implementation, governance and change management. Alex has founded, grown and financed companies across agriculture, financial services and mining. Alex has practical skills in agriculture including many years’ experience working on properties, most notably in the cultivation of poppies, hemp, potatoes.

Alex has a degree in rural business management and is a graduate of the Australian Institute of Company Directors. Alex was born in Tasmania, has farming interests in Tasmania, and brings with him significant experience and relationships. Alex is a board member of the Hemp Association of Tasmania (HAT). Angela brings more than 30 years of pharmaceutical experience in the United Kingdom and Australia to ECS. Having held executive roles in the pharmaceutical and cannabis industry, Angela brings a wealth of knowledge in GMP manufacturing and compliance and will be responsible for adding value to ECS’ medicinal cannabis products.

Her considerable expertise in pharmaceutical GMP will be pivotal in ensuring ECS achieves one of its primary objectives, to build a highly respected medicinal cannabis pharmaceutical company that doctors, and patients trust. 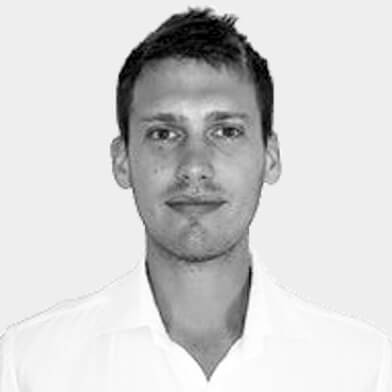 Since 2018 Blaise has held the role of Global Sales and Operations Manager for an international medicinal cannabis company. Based in Melbourne, Blaise’s network and understanding of the industry’s commercial operations will be invaluable in achieving ECS’s sales objectives across Australia and New Zealand and ensure that customers receive high levels of service and support.

Michael is Head of European Operations at ECS, based in Switzerland. Michael began his career with global pharmaceutical company GSK, where he rose to senior management levels. He has previously led the European Operations of  a leading Australian medicinal cannabis, healthcare company and prior to this, he led an EMEA natural healthcare company as their General Manager.

Nikita, one of Australia’s most accomplished agronomists, joined ECS in May. He has a proven track record of success and has overseen commercial greenhouse and outdoor farm production operations in Australia, Israel and Canada. Nikita’s deep knowledge and experience in regenerative farming, cannabis cultivation, and plant genetics positions both ECS and Nikita
to achieve their objective to grow high quality cannabis as sustainably as possible. David has 30 years’ experience in business management consulting practices across Australia, Asia and Europe specialising in agribusiness, the FMCG food industry, and new business start-ups. He was the founder, Managing Director and CEO of Bellamy’s Organic Pty Ltd (previously ASX-listed under code ‘BAL’) which initially floated on the Newcastle Stock Exchange in 2014 and sold to the China Mengniu Dairy Company in 2019 for $1.5 Billion. Dr James Connell is the co-founder of Heyday Medical Clinic and is responsible for Heyday’s product innovation. As a General Practitioner (MBBS, FRACGP), he has specialised knowledge in medicinal cannabis and has been treating patients with it since 2017.

He also holds a role as the President of the Society of Cannabis Clinicians Australian Chapter and is dedicated to educating fellow practitioners to improve their understanding of cannabis use as a medicine. 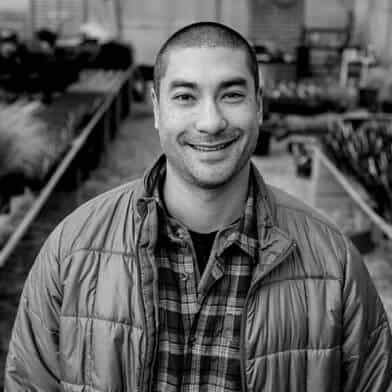 Based in Washington USA, Tad is at the cutting edge of organic growing and science. His Cannabis podcast has had over 1 million downloads and he is found saying “Too much of the information surrounding cannabis is myth and speculation that has been spread through internet forums and poor science. My aim with this podcast is to bridge the gap between horticulture and cannabis growers based on our experience, scientifically-supported principles, and to debunk many of the myths surrounding this industry.” Tad’s company

Keep It SimpleInc (KIS) has evolved as a family business over the past decade into a multi-faceted organisation that offers unique biological, organic and mineral amendments at affordable prices for gardeners. KIS Farm is a combination edible nursery, production greenhouse, outdoor preschool, organic hydro shop, and feed store located in Redmond, WA. Vee (Vasiliki) Revithi is a Chemist/PhD in Biochemistry, and worked for 36 years in EOF, the Medicines Authority of Greece. She has spent 10 years as the Head of the GMDP Inspectorate of the Agency leading the implementation of a Quality System according to EU, PIC/S and ISO 17020 requirements in the Greek GMDP Inspectorate.

Between 2002 and 2013 she represented EOF / Greece in the Pharmaceutical Inspection Convention and Pharmaceutical Inspection Co-operation Scheme (PIC/S) Committee as the Chair of Compliance Group (monitoring new applications at PIC/S). She was involved in several Inspectorates’ PIC/S and EU assessment Teams (US FDA, Romania, Austria, Cyprus, Iran, Uganda, Armenia, UNICEF) and was involved at the EU-Japan MRA in 2002-2003. Due to her extensive experience in PIC/S and EU regulations on GMDP, she has been providing consultancy to authorities in Armenia, Turkey and Jordan for accession to PIC/S, as well as cooperating with the Gates Foundation Project for Technical Assistance to CFDI China for their preparation towards accession to PIC/S. Graeme is an internationally sought-after speaker, specialising in soil, plant, animal and human health and wellness. That emphasis has now expanded to include planetary health, in recognition of the link between humus and carbon sequestration. Graeme is the CEO and co-founder of Nutri-Tech Solutions. He has published over 300 articles as well as a popular book titled ‘Nutrition Rules!’. Following his TEDx presentation in 2013, Graeme has continued to create major impact, influencing farmers, consultants, medicos, governments and key decisionmakers worldwide. Since 2016, PharmOut has became heavily involved in consulting to the medicinal cannabis industry, commencing with the assistance of an Australian state government in the attainment of a TGA GMP manufacturing license in April 2017 for medicinal cannabis. Trevor routinely works with and trains both industry and the regulators in a wide range of GMP topics as well as medicinal cannabis.