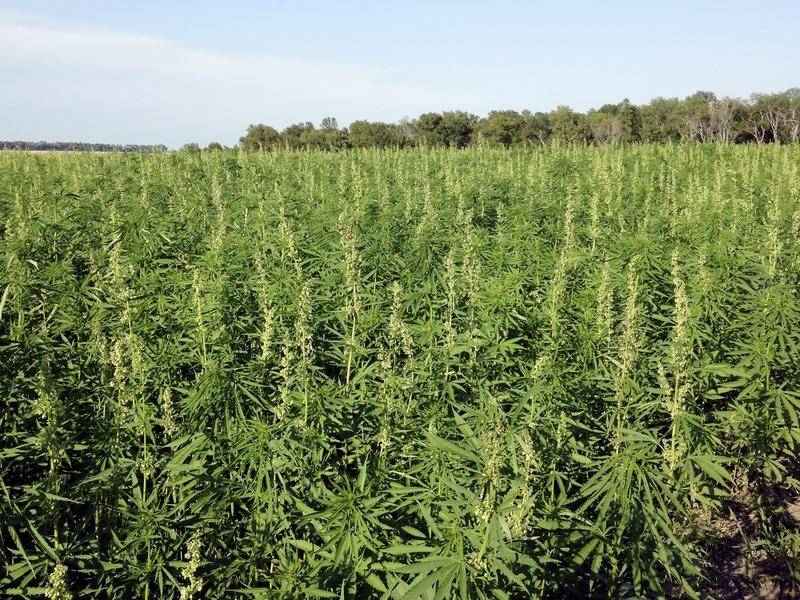 The Northern Territory is exploring whether its warm winter weather could deliver an edge in Australia’s emerging industrial hemp market.

Industrial hemp is an environmentally sustainable crop that can be used in thousands of products including building materials, textiles and beer.

“Hemp is a promising new agricultural sector in the Territory that will help to enhance the economy and provide diversification opportunities for our farmers,” NT Farmers chief executive Paul Burke said.

Top End crop trials are underway to see which variety of low Tetrahydrocannabinol cannabis plants are most suitable.

They contain less than one per cent THC, which means seeds can also be used to produce foods with no psychoactive effects when consumed.

Researchers are assessing how the plants perform in the NT’s tropical climate and how much water and nutrients they need.

One variety tested yielded between 2.0 and 4.8 tonnes per hectare, which compared favourably to yields in other states including Tasmania, which produces 40 per cent of the nation’s crop.

Durable hemp fibre and the inner core of the stork or hurd are used to manufacture textiles, rope, paper and building materials.

The seeds are a nutritious source of Omega 3 and plant-based protein that can be used to produce oil, flour and milk, or as a whole grain.

All told, there are more than 15,000 industrial uses for low THC hemp in the recycling, automotive, textiles, furniture, food and beverage, paper, construction, agriculture and personal care sectors.

The NT government made it legal to grow industrial hemp in 2019, with a license required to cultivate, supply and process the plant.

About 2500 hectares of industrial hemp was produced nationally in 2020.

“There’s a huge potential; the territory has lots of sunlight and warmth the plant grows very quickly so you can have efficient production,” he said.

But he cautions the industry is in its infancy in Australia and more targeted research is needed to realise its potential.

“We’re starting from a very low base and we need to get busy so we can compete globally,” he said.

Mr Schmidt says NT growers will also need to invest in specialised and costly processing equipment or face high transport costs to move the bulky crop to other jurisdictions where it can be refined.

Hemp is a fast-growing, herbaceous annual. It thrives in temperate, subtropical and tropical climates between 15 and 27C with at least 600-700mm of rain per year.

Plants grow 1.5 to 5 metres with a stem up to 4cm in diameter and and a deep taproot.

It is believed hemp originated in the highlands of the Himalayas. China has farmed it for its strong fibre since at least 8000BC.