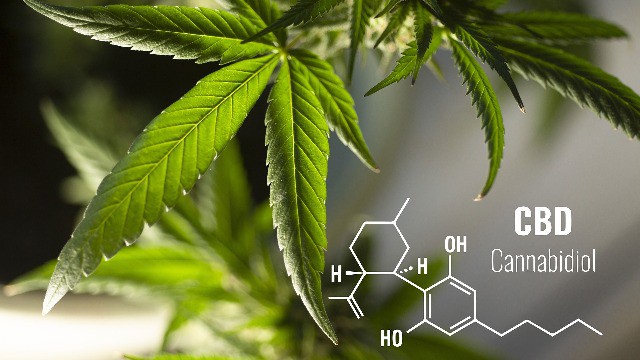 Cannabis has been used as medicine for thousands of years. Ancient Indian, Chinese, and Egyptian civilisations have all employed it to cure various illnesses.

But increasing recreational use and perceived harm to society meant that it has been outlawed in many countries since the early 20th century.

In the US for example, cannabis was restricted and labelled as a poison as early as 1906.

Things have changed over the last few years however, as scientists learned more about the plant and found new ways to utilise its medicinal benefits.

And within just a short period, medical cannabis has suddenly become one of the fastest growing industries in the world.

According to The Green Fund, spend on legal cannabis will be worth more than US$60 billion by 2024, as regulations around the world start to catch up with the demand.

It’s worth mentioning a few terminologies used in the industry.

Cannabis is a formal medical name for the plant, with the full scientific name being cannabis sativa.

Marijuana on the other hand, is a slang word for the cannabis plant and came from the Mexican Spanish word “marihuana”. It was a term popularised by opponents of cannabis in 20th century America to create stigma.

Hemp meanwhile, is a strain of the cannabis sativa plant with slightly different properties. Legally speaking, hemp is defined as a cannabis plant that has less than 0.3% THC (0.35% in Australia), while marijuana contains more than 0.3%.

And what are THC and CBD ingredients that are so frequently mentioned?

CBD (cannabidiol) and THC (tetrahydrocannabinol) are the active ingredients or cannabinoids that are produced in nature by the cannabis/hemp plant.

There are over 100 cannabinoids present in the cannabis plant, but only a handful has been investigated – with CBD and THC being the most studied.

Sure we can get similar stimulation or relaxation effects from both CBD (cannabidiol) and THC (tetrahydrocannabinol), but only CBD is completely non-psychoactive, which means we’re unlikely to get high from it.

According to a report from the World Health Organization, “in humans, CBD exhibits no effects indicative of any abuse or dependence potential”. In other words, we’re not likely to become addicted from consuming CBD.

THC meanwhile is the psychoactive stuff that gets people high and addicted.

For a long time, THC has actually been the poster child of cannabis, but medical science is now pushing for CBD oil because it offers similar therapeutic benefits to THC without the negative side effects.

You might have seen ‘full spectrum’ and ‘broad spectrum’ CBD oil bottles being marketed.

The difference lies in the extraction process, and how much the CBD can be isolated from the other cannabinoids.

CBD oil is extracted from the plant through the use of a highly-pressurised chamber where carbon-dioxide or ethanol is compressed until it becomes liquid. The liquified gas is then forced over the cannabis plant where it strips away the cannabinoids, like CBD itself.

This process produces what’s called “full spectrum” CBD oil, a product that still contains traces of THC from anywhere between 0.20% to 0.3%.

If required however, the full spectrum oil can be separated further to produce a product that contains non-detectable levels of THC (or THC-free), and this end product is called a “broad spectrum” CBD oil, or CBD isolate.

Most broad spectrum CBD products are also sold in crystals form instead of oil. Other forms of CBD being sold include vaporisation, tinctures, capsules, gels, and lozenges.

In general, one hemp plant could produce one pound (0.45kg) of CBD oil, which means one acre of hemp could theoretically produce 200 pounds (around 90kg) of CBD oil.

The price for CBD oil prices can vary across brands, but currently the average cost tends to be somewhere between US$0.05 to US$0.20 per milligram of CBD.

Studies have shown that CBD oil could reduce anxiety and depression, calm our moods, and even temporarily alleviate pain caused by cancer.

In order to fully understand why, we need to first know about our body’s own CB1 receptor.

The CB1 receptor is part of our internal endocannabinoid system that regulates our physiology, and this includes things such as appetite, pain-sensation, mood, and memory.

After exercising for example, a neurotransmitter called anandamide is released by the CB1 receptor, which is why we get that runner’s high.

And this is where it gets interesting.

THC’s structure is so similar to anandamide that it fits in perfectly to the CB1 receptor, which is why THC causes you to also feel high.

CBD on the other hand, is different in shape and does not fit into the CB1 receptor, and therefore doesn’t you get high.

But CBD does bind to other receptors in our endocannabinoid system, which is why it produces the calming effects mentioned previously.

Studies have shown that CBD also affects animals such as dogs similar to how it affects humans – which has led to a burgeoning market in pet-focused cannabis products.

Since 2016, CBD oils and pills have been classified as Schedule 4 drugs in Australia, meaning they required a doctor’s prescription.

According to Freshleaf, the number of Aussie patients using medicinal cannabis have surged since legalisation.

But in December 2020, the Therapeutic Goods Administration (TGA) surprisingly took it a step further, and announced it would designate CBD as Class 3 substances, meaning they can be bought from pharmacies without a prescription.

The TGA also increased the allowable dose to 150mg per day (up from 60mg/day), which could be a game changer for firms. The new rule took effect in February this year.

Since February however, there has been no CBD oils sold on pharmacies’ shelves in Australia.

So just where are all the CBD products that we thought would hit pharmacies across the country this year?

The CEO of ASX-listed cannabis company Cann Group (ASX:CAN), Peter Crock, explained to Stockhead that it was premature to expect CBD oil on the shelves this year.

“The pathway was open (by the TGA), but the Schedule 3 process requires clinical trial work and a regulatory submission to be put together and submitted,” Crock told Stockhead last month.

The TGA incidentally has one of the highest and strictest pharmaceutical standards in the world, and is considered as a global gold standard.

To Crock’s knowledge, no company has a submission ready for the TGA, and it would be well into 2022 before the first product is sold in the country.

So for now, Aussies will still need doctor’s prescription to get their hands on a bottle of (Cannabidiol) CBD oil.

A company that has a product ready for TGA submission is AusCann (ASX:AC8) , which has developed standardised CBD formulations in a capsule.

The company has also just commenced a regulatory registration for DermaCann, the world’s first oral CBD-based veterinary product for skin health in dogs.

Other ASX cannabis stocks bringing Cannabidiol to our shelves

None of the ASX listed companies has tabled a schedule of when it will release a product on the shelves.

But each is making their own progress, and we expect to see most having a product in the market sometime in 2022.

The company has a range of 20ml full-spectrum (Cannabidiol) CBD oil products for patients.

Its best selling product, Althea CBD100, is a full-spectrum oral oil product that it’s been selling in Australia since 2019 under the special access scheme for medicinal cannabis.

The company said the TGA’s move to increase the limit to 150mg is transformational, and fits its product range perfectly.

However, Althea CEO Josh Fegan told Stockhead that it would take at least until the end of this year to get an over-the-counter product ready on the shelves.

The company is hoping its proprietary vitamin E-based Targeted Penetration Matrix (TPM) technology can give it a leg up on its competitors in the race to have the first CBD drug approved in Australia.

Its 75mg CBD dose per soft-gel capsule is currently undergoing a Phase 2 trial, and aims to treat conditions such as anxiety or insomnia.

Creso Pharma has released its Cannaqix 50 CBD oil range, but focuses more on the European and North American markets.

The company has also released its animal range of CBD products to vets in Europe.

Following the TGA rule change, Creso is currently preparing to enter the Australian market thorough a distribution deal with Martin & Pleasance, an Australian company that has access to over 4,000 pharmacies across the country.

The company currently produces the Adaya range of Cannabidiol products that generated sales of $600,000 in the June quarter.

All of its six existing products are Australian-grown and processed, and are available via the TGA’s Special Access Scheme.

The company has a non-exclusive supply deal with ECS Botanics to sell the ECS range of specially formulated “CB1 and CB2 terpene blends” of Tasmanian cannabis sativa seed oil.

The company’s subsidiary, Murray Meds, currently sells 20ml, 30ml and 60ml bottles of (CBD) Cannabidiol, and 10ml of combined THC and CBD oil, through a prescription.

Murray Meds is working toward getting its medicinal cannabis products onto the Australian ARTG (Australian Register of Therapeutic Goods).

To date, the TGA has approved its applications including, but not limited to, indications such as chemotherapy-induced nausea, vomiting, and cancer pain.

ECS also has a range of hemp seed oil products that are sold in supermarket, but without CBD ingredients.

Elixinol has a bunch of products that include hemp foods and hemp-based CBD oil.

It sells both full spectrum and broad spectrum CBD products.

The company already has European and US regulatory applications submitted, but says that its priority in Australia would remain with the hemp foods business, and not Cannabidiol.

The company says it’s progressing towards a TGA submission, and has announced expansion into psychedelic medicines after being granted a Schedule 9 licence to supply psilocybin by the Department of Health.

At Stockhead we tell it like it is. While Creso Pharma and ECS Botanics are Stockhead advertisers, they did not sponsor this article.